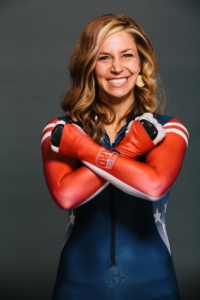 On February 15, 2014, Noelle Pikus Pace crossed the finish line of the Sochi Olympic Games putting a dramatic ending, and an emphatic exclamation point, on a 15-year journey of chasing the Olympic podium. The Olympic medal that she and her family, together, had chased around the world, for years, was finally theirs. Noelle leapt into the stands, into the arms of her husband, and into the hearts of America in one of the iconic, heartfelt moments of the XXII Olympic Winter Games.

A standout high school track athlete and native of the Salt Lake City area, site of the 2002 Olympic Games, Noelle’s track coach suggested she try bobsled. She did, but soon thereafter got on a skeleton sled and fell in love with the high speed, head-first, rocket-ride most certainly not for the faint of heart.

Pace blossomed as a slider and years later became the best in the world. With the 2006 Olympics coming into focus on the horizon, Pace was the gold medal favorite. The Olympic podium was in sight. With just months to go to the big show, Noelle was severely injured in a training accident. She was hit by a run-a-way bobsled, suffering a compound leg fracture. Despite a valiant effort to return to sliding in time for the Olympics she was unable to make it back. Her Olympic medal slipped away.

Pace stepped back from the sport and started a family with her husband, Janson. In 2008, they welcomed their daughter, Lacee. As the 2010 Olympics approached, Pace got the itch to try again and she embarked on long stints to Europe, leaving behind her husband and baby girl.

By 2010 Noelle had returned to world class form, and with Janson and Lacee by her side, she took one more shot at Olympic hardware. Heartbreakingly, she missed by one tenth of one second. Noelle finished 4th. She smiled, as she always does, and retired from the sport.

In 2011, Noelle and Janson welcomed the birth of their son Traycen and looked forward to continuing to grow their family. In the Spring of 2012, the couple suffered a late-term miscarriage of their third child. Noelle was devastated. To refocus their thoughts away from their loss, it was Janson who suggested she take one more shot at her place in Olympic history. He felt it would be a good way to heal, and to move forward as a family. Noelle agreed, but only if he and the kids went with her every step of the way. They would travel the world as a family, with both kids, diapers and toys in tow, and take one last shot at the Olympic podium.

The cost and challenges of traveling the world-wide skeleton competition circuit were enormous but they faced every challenge with a smile and as a family. While Mommy went off to the track or gym to train, Daddy tended to the kids every step of the way. Janson, an engineer by trade, built Noelle’s sled, and on that magic night in Sochi she rode that sled like a supermom on a mission. Finally, at long last, their dream had come true.

Since then, the family has welcomed twin boys, Peyton and Makai. Noelle is now a highly sought after motivational speaker and award winning author.

A lifelong athlete who transitioned from track and field to skeleton in high school, it took Noelle 15 very determined years to reach the Olympic podium, but she did! Along the way she became the most decorated American athlete in the history of the sport and was the first American woman to become World Champion and to win the overall World Cup Championship. 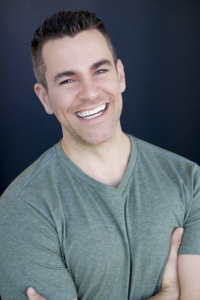 Jeff Civillico recently celebrated a 10-year run on the Las Vegas Strip as a Headliner with Caesars Entertainment at the iconic hotel properties The LINQ, The Flamingo, and The Paris. His clean, family-friendly “Comedy in Action” show remains highly acclaimed: voted “Best of Las Vegas” three years in a row by the Las Vegas Review Journal, named “Entertainer of the Year” by Vegas Inc, and honored by his fans with a 5-star rating on Yelp, Ticketmaster, and Google.

Jeff now takes his renowned clean comedy show to live, virtual, and hybrid corporate events and conferences nationwide. He also serves as a Host and Keynote Speaker. When Jeff is not on stage or on camera, he is working on the continued expansion of his national nonprofit Win-Win Entertainment. Win-Win Entertainment brings smiles to children who need them in hospitals by arranging in-person and virtual visits from performers, athletes, and celebrities. 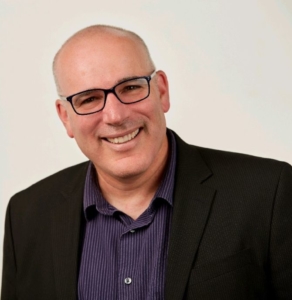 Jason A. Schwartz is the Director of Outreach for the National Council of State Boards of Nursing. In this role, Jason provides regulators, educators, and the public the most current and accurate information available regarding various NCSBN products and services including the NCLEX-RN and NCLEX-PN exams. Through his work at NCSBN and previous positions at Pearson VUE, Jason has worked with NCSBN since 2010, including ten years in Test Development. Prior to his work with NCSBN, Jason was a nationally renowned content developer and presenter specializing in mathematics assessment, content development, and online testing. Jason has mathematics degrees from the University of Oregon (MS 1996) and the University of California, Berkeley (BA 1991), and was recognized in 2000 as the Monterey County Toastmaster of the Year. 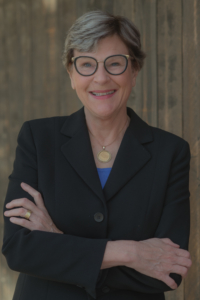 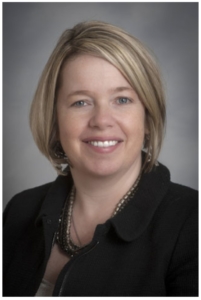 Jennifer “Jenna” Lloyd is currently the Vice President, Clinical Excellence and CNIO. Dr. Lloyd’s diverse-20 year plus professional experiences have led her to being a dynamic leader with a skill set that encompasses advanced clinical practice, academic/nursing professional development, quality, and informatics expertise. She leads interprofessional teams to establish the clinical excellence division demonstrating improved quality outcomes. She leads the education of nurses across the healthcare system.

While working as a Board-Certified Nurse Practitioner (11 years), early EHR adoption by her practice led to her passion for IT.

She went on to serve as the Director of the School of Nursing (SON) and Assistant Professor. During her tenure, the SON achieved increased; program growth, NCLEX pass rates, retention rates, use of simulation; reaccreditation of undergraduate and graduate programs, and achieved designation as an Apple Distinguished program (being the second in the US to achieve this designation). In 2018, became the Inaugural CNIO, to lead nursing through a deployment of a new EHR.

She serves on regional and national boards including; The Free Clinic of Central Virginia, VNA Workforce Issues Council and the ATI Advisory Board.